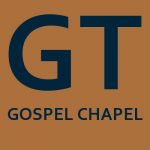 1 Then Jerubbaal (that is, Gideon) and all the people who were with him, rose early and camped beside the spring of Harod; and the camp of Midian was on the north side of them by the hill of Moreh in the valley.2 The Lord said to Gideon, "The people who are with you are too many for Me to give Midian into their hands, for Israel would become boastful, saying, 'My own power has delivered me.' 3 "Now therefore come , proclaim in the hearing of the people, saying, 'Whoever is afraid and trembling, let him return and depart from Mount Gilead.'" So 22,000 people returned, but 10,000 remained.4 Then the Lord said to Gideon, "The people are still too many; bring them down to the water and I will test them for you there. Therefore it shall be that he of whom I say to you, 'This one shall go with you,' he shall go with you; but everyone of whom I say to you, 'This one shall not go with you,' he shall not go." 5 So he brought the people down to the water. And the Lord said to Gideon, "You shall separate everyone who laps the water with his tongue as a dog laps, as well as everyone who kneels to drink." 6 Now the number of those who lapped, putting their hand to their mouth, was 300 men; but all the rest of the people kneeled to drink water. 7 The Lord said to Gideon, "I will deliver you with the 300 men who lapped and will give the Midianites into your hands; so let all the other people go, each man to his home ."

There are no upcoming events at this time.